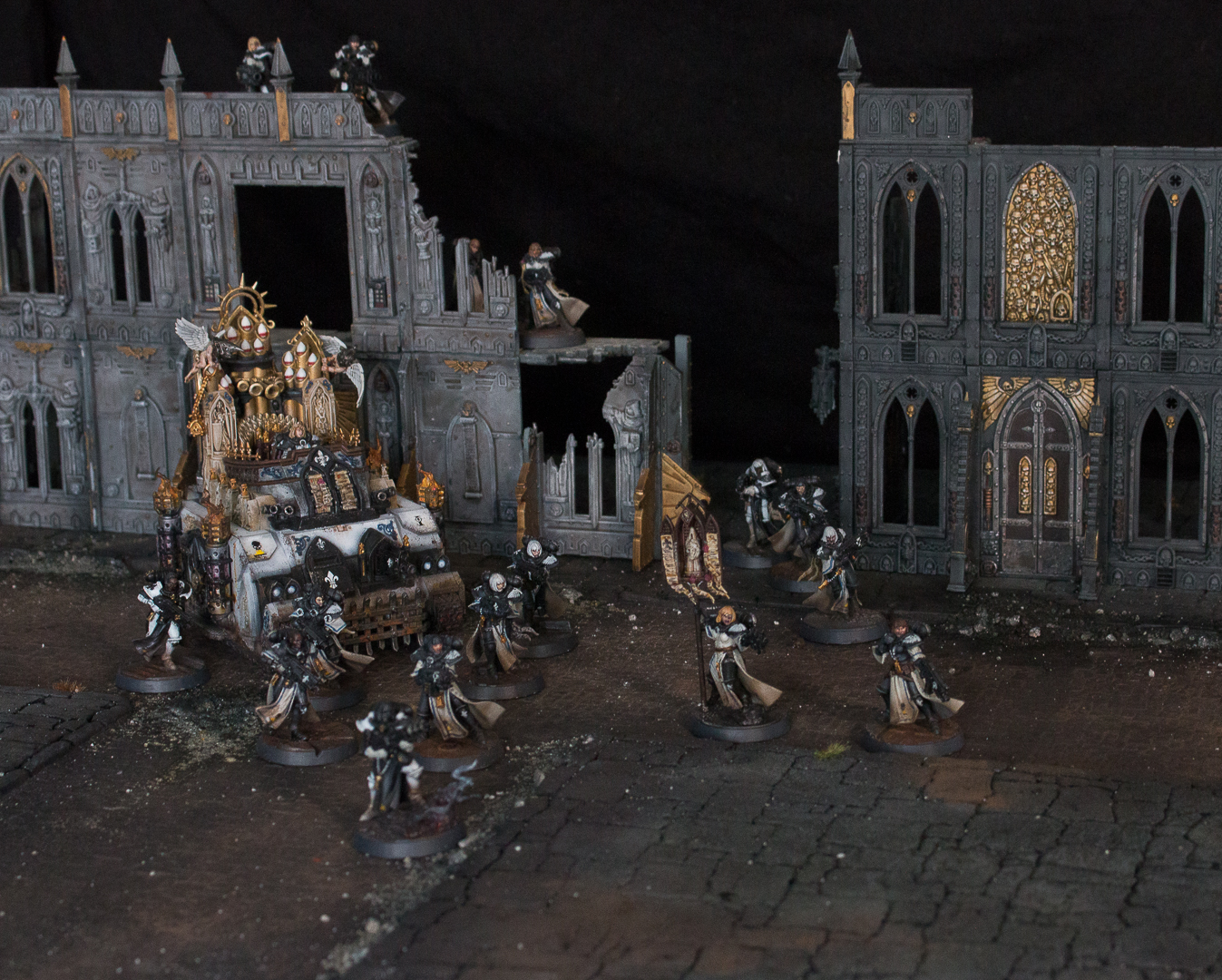 Since Warfare last November I’ve switched my AOS focus from Soulblight to Skaven, which were my main army in 2nd edition and the first models I bought once I’d decided to play the game rather than just paint. When their book came out in 2nd edition they became a top-tier army, but those glory days […]

Over the past couple of months, interspersed between the Soulblight Gravelords, I’ve been working on a 1000-point Soviet force for Warlord Games’ Bolt Action, having played a couple of games using a friend’s Americans vs his Germans. Bolt Action is a 28mm World War Two game at approximately platoon level – a 1000-point force has […]

Improving Shooting in Age of Sigmar

For a while I’ve been thinking about what Age of Sigmar could gain by taking inspiration from other rulesets – particularly regarding shooting and differentiating troop types and their roles. This post will focus on shooting, as it’s a big topic at the moment given its dominance in the meta, especially in the form of […]

Last weekend I took my new Soulblight Gravelords list to the Bad Moon Café tournament in London. Five games over two days – all of them great fun and against great opponents. One draw (actually a win of one point), two very close losses of two points, and two bigger losses. So not quite the […]

In the last post (quite a while ago) I wrote about the games I played with a Kastelai list at the summer London Open. Since then I played a one-day event at Bad Moon Café with a similar list, which swapped out the Vargheists and Fell Bats for a mercenary Mega-Gargant (an excuse to paint […]

I’ve spent the last two weekends playing the new (third) edition of Age of Sigmar, first with a 1000-point Gloomspite Gitz list at an event organised by the London Wargaming Guild, and then with a standard 2000-point Soulblight Gravelords list at the London Open. These were my first competitive events in five years of playing […]

Over the past few weeks I’ve been painting up some of the Outpost Tang Chinese figures I reviewed in the last post. So far, that’s all the melee infantry plus crossbow infantry for a planned 200 point list for L’Art de la Guerre. Still to go are cavalry, archers, and some Essex javelinmen as Tribal […]

I’m currently working on a Tang dynasty army for L’Art de la Guerre. I’ve wanted to build a Chinese army for a while, and the plan was originally to start with a Han force, but a possible club tournament focusing on the Dark Ages theme for ADLG pushed me towards list 171, Sui and Tang […]

I’ve been getting to grips with the new Version 4 rules for L’Art de la Guerre (ADLG), a game for ancient and medieval mass battles. I started playing it last year having previously tried DBA – it’s an excellent game but one that’s hard to master (or, in my case, play remotely well). Lockdown meant […]

German Reinforcements for Flames of War

Over the past couple of weeks I’ve been adding some reinforcements for my Flames of War late war Germans. Since starting the game last year I’ve been using basically the same list based on the D-Day starter box: a Panzer IV company with an included Tiger platoon, supported by Panzergrenadiers and Hummels. So, I wanted […]

Something went wrong. Please refresh the page and/or try again.